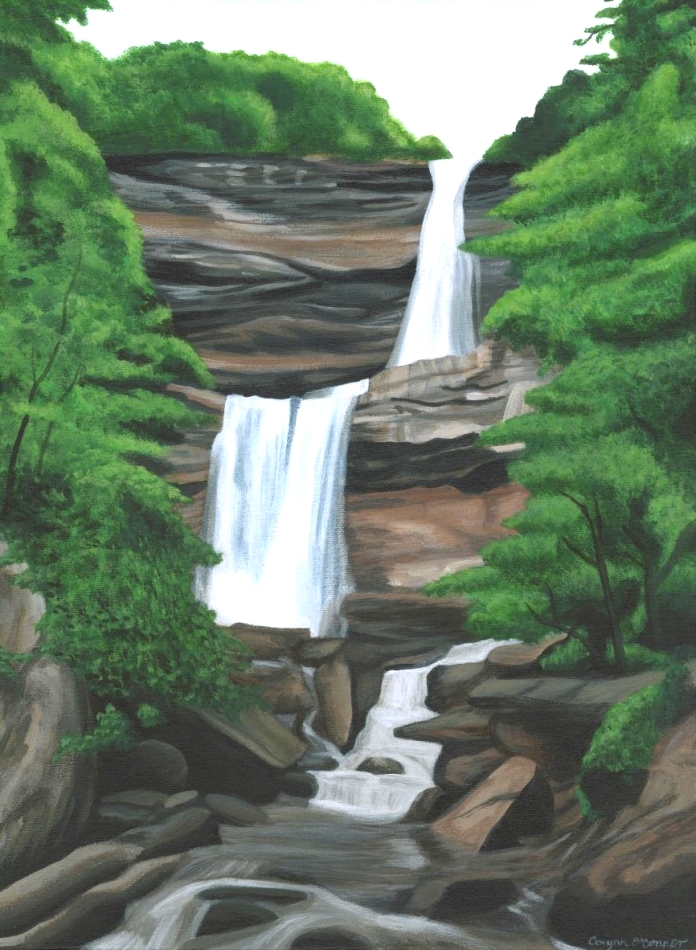 Kaaterskill Falls is considered by many the crowning jewel of New York State. Located in Greene County, New York, within Catskill State Park, Kaaterskill Falls is the highest double-tiered waterfall in New York, with a drop of over 260 feet between both tiers. Kaaterskill Falls is one of America’s oldest tourist attractions. For some it was a popular recreational destination; for others it was a source of inspiration. Kaaterskill Falls became an icon subject for paintings, poems and essays in the early 19th century. Washington Irving mentioned it in “Rip Van Winkle”, and in 1825, a painting of the falls by Thomas Cole was featured on the cover of the New York Evening Post.

The legend of Kaaterskill Falls involves the ghost of a dog who is said to have leapt to its death from the top of the falls in 1868. As the story goes, a spaniel named Vite was left at the top of the falls, while his master and some friends decided to hike down to the foot of the falls. The dog lost sight of them and began to panic. When they finally emerged nearly 280 feet below, Vite began barking for joy, and seeing no other way to reach the group, leapt to his death. The dog’s owner is said to have carved an epitaph on a boulder near the base of the falls. The epitaph is as follows:

To the Memory of VITE, the Bayard of Dogs, Sans Peur et Sans Reproche. Killed June 19, 1868, by Leaping from the Platform Above the Falls to the Rocks Beneath.

Of course, the story has been embellished over the years, and some insist that the spaniel haunts the vicinity of the falls. They claim that every year on June 19th, as the clock strikes midnight, they hear a series of short barks followed by a flight of an apparition through the air, over the falls into the precipice, then a prolonged howl which echoes through the gorge. An entry in the New York Times of September 1st, 1901, gave an account of the incident and of the legend that sprang from it.  Click here to read the article.