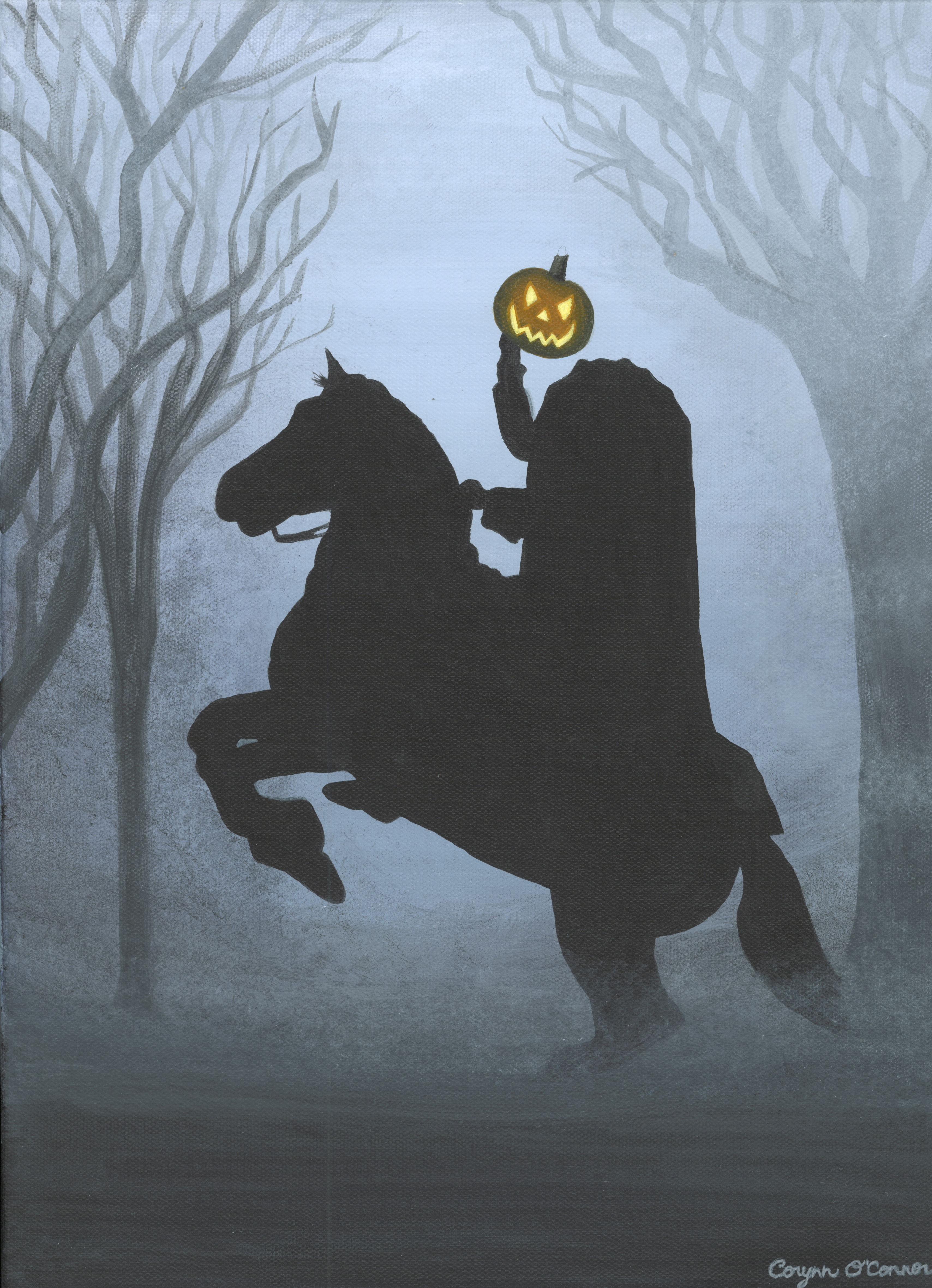 The Legend of Sleepy Hollow

The story of “The Legend of Sleepy Hollow” was written by Washington Irving and is set in 1790 in a secluded valley called Sleepy Hollow, near Tarrytown, New York. Sleepy Hollow is well known for its ghosts and hauntings. The most famous tale is that of the Headless Horseman, said to be the ghost of a Hessian soldier whose head had been shot off by a cannonball during the Revolutionary War. It’s believed he rides nightly to the scene of the battle in search of his lost head. According to this folklore tale, Ichabod Crane, a lean, lanky schoolmaster from Connecticut, moves to Sleepy Hollow where he competes with Abraham Van Brunt (nicknamed Brom Bones), a muscular and aggressive fellow, for the hand of the lovely Katrina Van Tassel, the daughter and sole child of a wealthy farmer, Baltus Van Tassel. While Ichabod is smitten with Katrina, he sees marriage to her as a way of securing her father’s wealth. Brom Bones plays a series of pranks on the jittery schoolmaster, and the tension between the three of them is soon brought to a head.
One autumn night, Ichabod Crane attends a harvest party at the Van Tassel estate. He dances, partakes
in the feast, and listens to ghost stories, including that of the Headless Horsemen, told by Brom and the
other locals. Kristina, who playfully flirted with Ichabod all summer long, gave him the impression that he
was her beau, so Ichabod’s plan was to propose to Katrina after the guests went home. However,
Ichabod was devastated to discover Kristina had chosen Brom Bones as her suitor. Fate be told, the
apple of Ichabod’s eye had only been leading him on.
Upon leaving the party, a depressed and dejected Ichabod, along with his horse, Gunpowder, rides home
through the dark woods between the Van Tassel’s estate and Sleepy Hollow. As he passes through
several haunted spots, his active imagination runs wild with the ghost stories told at the harvest party. He
nervously rides along, singing psalms to ease his rattled nerves. Suddenly he encounters a tall, dark,
cloaked rider in a nearby swamp. The rider just sits in unsettling silence as Ichabod is horrified to discover
that the stranger’s head is not on his shoulders, but sitting on his saddle!
In the distance, Ichabod sees the bridge adjacent the Old Dutch burial ground. Legend says that the
Hessian “vanished” upon crossing that bridge, so Ichabod makes a desperate ride for his life to cross
over it. But to his horror, the Headless Horseman gallops over the bridge right after him, rears his horse
and hurls his severed head at Ichabod. The next morning, Ichabod has mysteriously disappeared. The
only remains are his wandering horse, Gunpowder, his hat, a trampled saddle, and a shattered pumpkin.
Nobody knows for sure whatever became of Ichabod that fateful night. Some believe the ghost was really
Brom Bones, who was an agile stunt rider. Others believe Ichabod returned to Connecticut without his
horse after the Headless Horseman frightened him away.