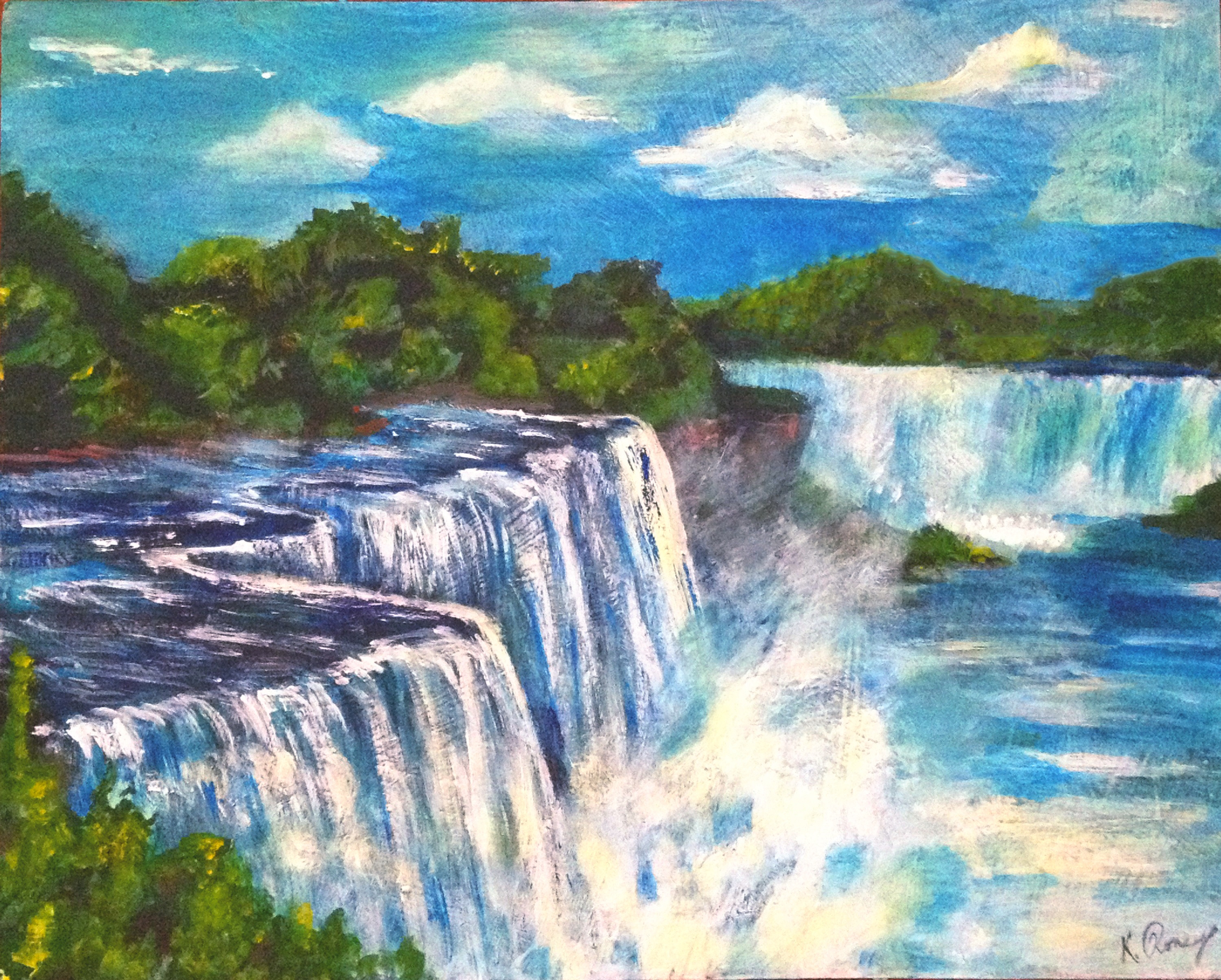 Niagara Falls is actually made up of three main waterfalls, two which fall mostly in the United States, and one which falls mostly in Canada. The falls in the U.S. are called the American Falls and Bridal Veil Falls, and the falls in Canada are called the Horseshoe Falls. Not only is Niagara Falls a famous, familiar natural wonder, with over 20 million people visiting it each year, but it is a complex source of hydroelectric power. About 750,000 gallons of greenish-blue water flow over the falls every second. And since the 1800s, it has been one of the most popular honeymoon sites in the world!

Mythology about Niagara is abundant. Something about this area seems to make the region fertile ground for larger-than-life stories. One such story is that of a native girl named Lelawala, who is also known as the Maid of the Mist. Some believe this is how the world-famous tour boat excursion got its name. There are several versions of the story. The original Iroquois legend says this young Seneca girl was accidently swept over the falls while in a canoe. She’s rescued by Hinum — the Thunder God — who shows how her people can destroy the monster snake residing in the river. The ensuing battle creates the Niagara Falls we see today. In other versions, her journey over the falls was a sacrifice by the Iroquois Indians to appease the serpent who was poisoning their people.

The story of Lelawala has been told and retold throughout the Niagara Falls region. Some aspects of the story have been proven, while others have been disproven. The story of the Maid of the Mist is one of the most enduring legends of this area and is an important part of the Falls’ history. Niagara Falls encapsulates what Catskill Clear is about; natural beauty, rich history, and ancient legends of New York State.