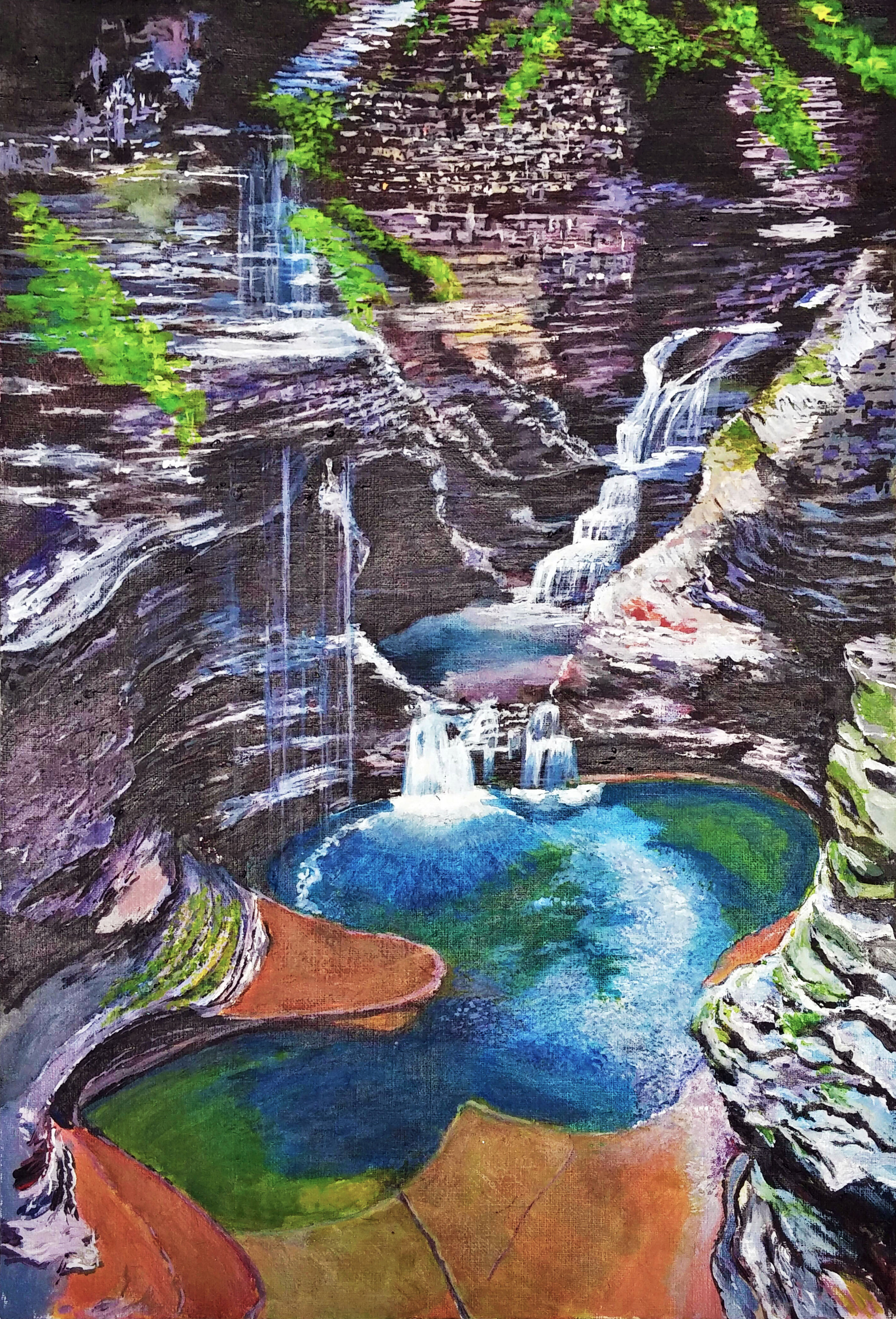 Watkins Glen is a village in Schuyler County located in the Finger Lakes Region of New York State. The village, originally called Saulbria, then Jefferson, was renamed after Dr. Samuel Watkins, the founder, for his contributions to the community. The name Watkins Glen was adopted in 1926.

First held in 1948, the Watkins Glen Sports Car Grand Prix was a 6.6 mile course on public streets that passed through the center of the village. As the first post-WWII road race in the United States, it marked the revival of American road racing. In 1956, the Watkins Glen Grand Prix Race Course opened as a permanent racing facility, and has hosted nearly every type of road racing. Marked with a checkered flag for the start-finish line, the original course is still intact on the village’s main street.