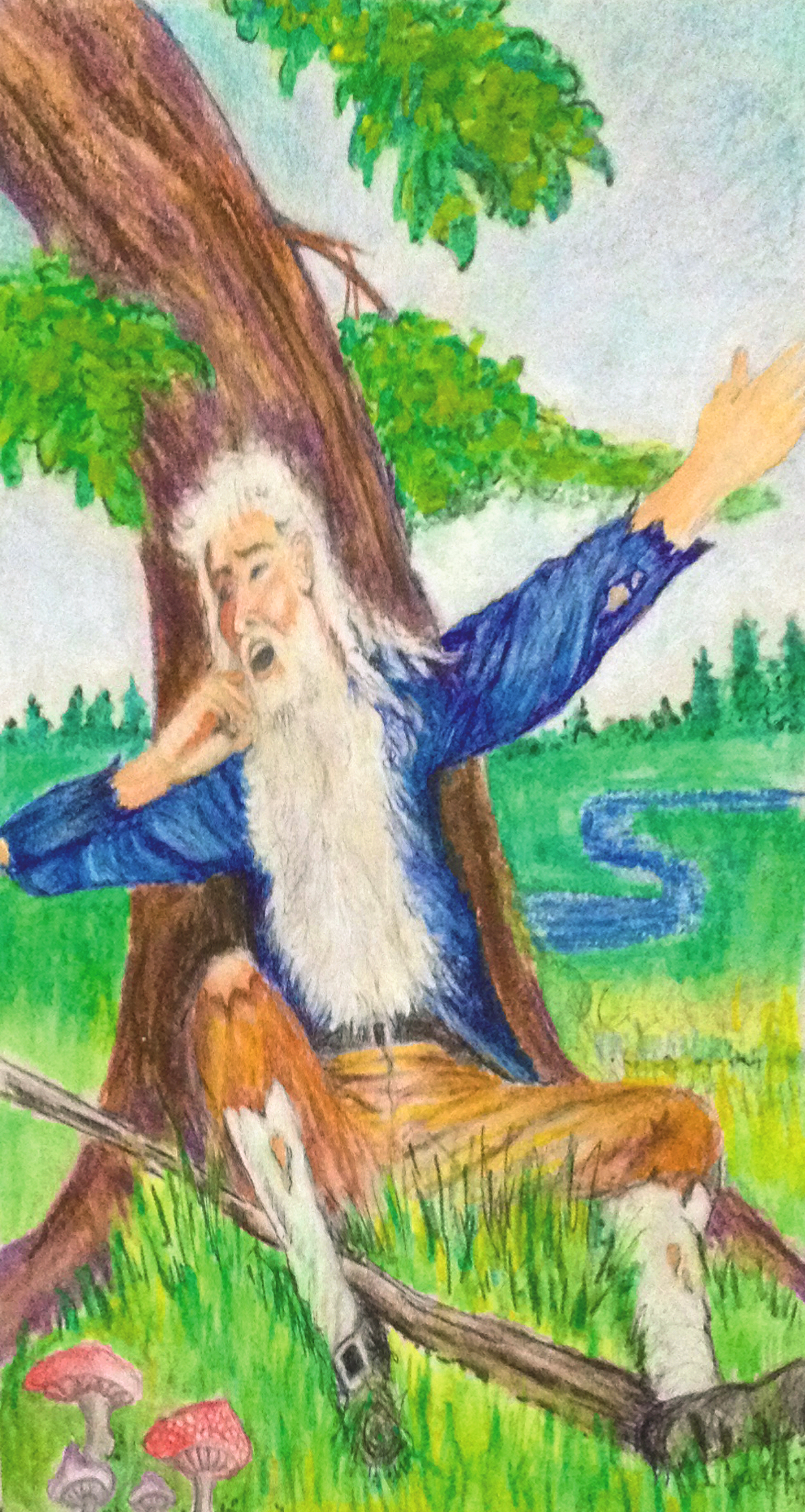 The story of “Rip Van Winkle” is set in the years before and after the American Revolutionary War. In a quiet village, at the foot of New York’s Catskill Mountains, lives Rip Van Winkle, a colonial British-American villager of Dutch ancestry. Van Winkle enjoys being alone in the wilderness, but he is also loved by all in town—especially the children to whom he tells many stories. However, there is a problem with Rip Van Winkle, and that is that to his nagging wife’s dismay, he’s not much of a worker. This causes his farm to fall into disarray.

One day, Rip Van Winkle wanders up the mountains with his dog, Wolf. He hears someone calling his name and turns to see a rather strange looking man in Old Dutch clothing, carrying a keg up the mountain. Deciding to help, Rip and the man proceed to a valley in which Rip discovers the source of strange thunderous noises; a group of ornately dressed, silent, bearded men who are playing nine pins. Rip decides to drink some of their moonshine and soon falls asleep.

He awakes to discover shocking changes. His musket is old and rusty, his beard has grown a foot long, and his dog is nowhere to be found. Rip Van Winkle returns to his village where he doesn’t recognize anyone. He discovers that his wife has died and that his close friends were either killed in a war or moved away. He notices that King George’s portrait in the inn has been replaced with one of George Washington. Unaware that the American Revolution has taken place, he gets into trouble when he proclaims himself a loyal subject of King George III. He is also disturbed to find another man calling himself Rip Van Winkle is actually his now grown son.

Rip Van Winkle learns that the men he met in the mountains are rumored to be the ghosts of Henry Hudson’s crew, who had vanished long ago. Rip realizes he’s been away from the village for at least twenty years! An old resident recognizes him and Rip’s grown daughter takes him in, where he resumes his usual idleness.