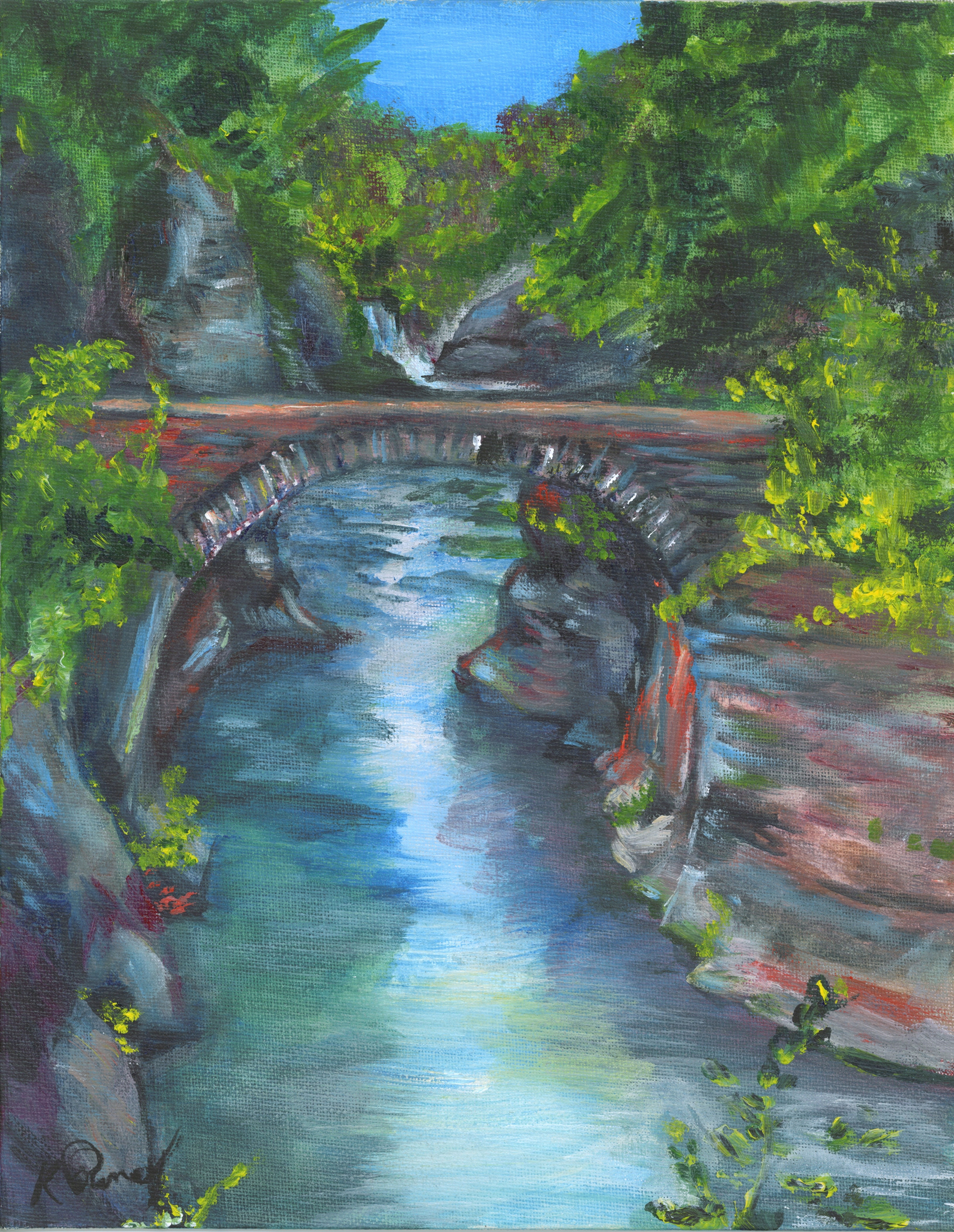 Letchworth State Park is a New York state park located between Rochester and Buffalo in both Livingston and Wyoming counties. The park is named after William Pryor Letchworth, who bequeathed it to New York State in 1906. The park is roughly 17 miles long and comprises 14,350 acres along the Genesee River. The rock walls of the gorge formed by the river are nearly 600 feet high in some places. It has been called the Grand Canyon of the East, with some of the most magnificent scenery in the United States.

Within the park are three major waterfalls, located in Portage Canyon, with as many as 50 smaller falls on the tributaries that flow into the river. The Seneca Indians called the area around Portage canyon “Seh-ga-hun-da”, which means the “Vale of the three falls”. The Upper Falls was once home to the highest wooden bridge in the world, which burned down in 1875. It was later replaced with an iron railroad trestle that crosses above it called Portage Bridge, which is still active today. The Middle Falls, called “Ska-ga-dee” by the Seneca, is the highest of the three, at 107 feet. The Middle Falls was so beautiful that it could stop the sun at midday, so the Seneca thought. The Lower Falls contains the stone bridge pictured here.

This region is rich in Seneca Indian heritage. There are many displays showing the life of the Seneca, including a restored Seneca Council House. The Seneca Indians lived in this area for many centuries, but were largely forced out after the American Revolutionary War, as they had been allies of the British.

Also within the park is the grave of the famous Mary Jemison. She was an American frontierswoman who in 1758 was captured in her teens by the Seneca and renamed Dehgewanus. She later became known as “White Woman of the Genesee”.