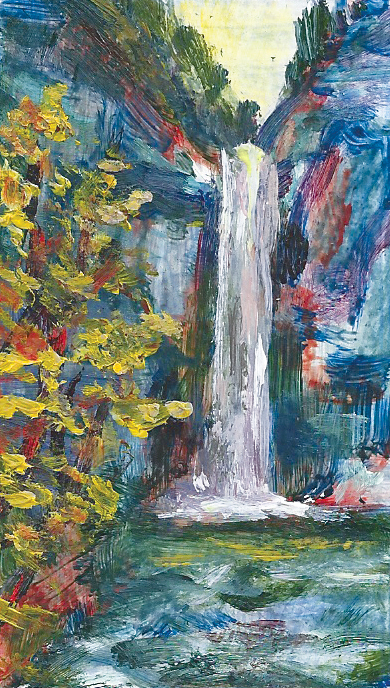 Taughannock Falls (pronounced tuck-han’-uck) is thought to come from either the name of a Delaware Indian chief or from the Delaware word “taghkanic” which means “great fall in the woods.” Taughannock Falls is located in Ulysses, NY, just north of Ithaca. The falls’ plunge of 215 feet is one of the favorite highlights just off the Cayuga Lake Wine Trail. Admiring the falls from the overlook provides a majestic view and an opportunity to experience the true beauty of New York State.

The Legend of Taughannock Falls

A long time ago, the Cayuga Indians had driven all the other Indians from the region, except Taughannock, who lived with his people near the falls.

The Cayugas gathered to make war on Taughannock, but Taughannock told his warriors to dig pits and hide in them. The pits were then covered with leaves and brush. When the Cayugas arrived, all they found were women and children.The Cayuga leader saw Taughannock’s beautiful daughter and asked her for directions to her father’s lodge. She replied that her father and the other warriors were all “down below”.